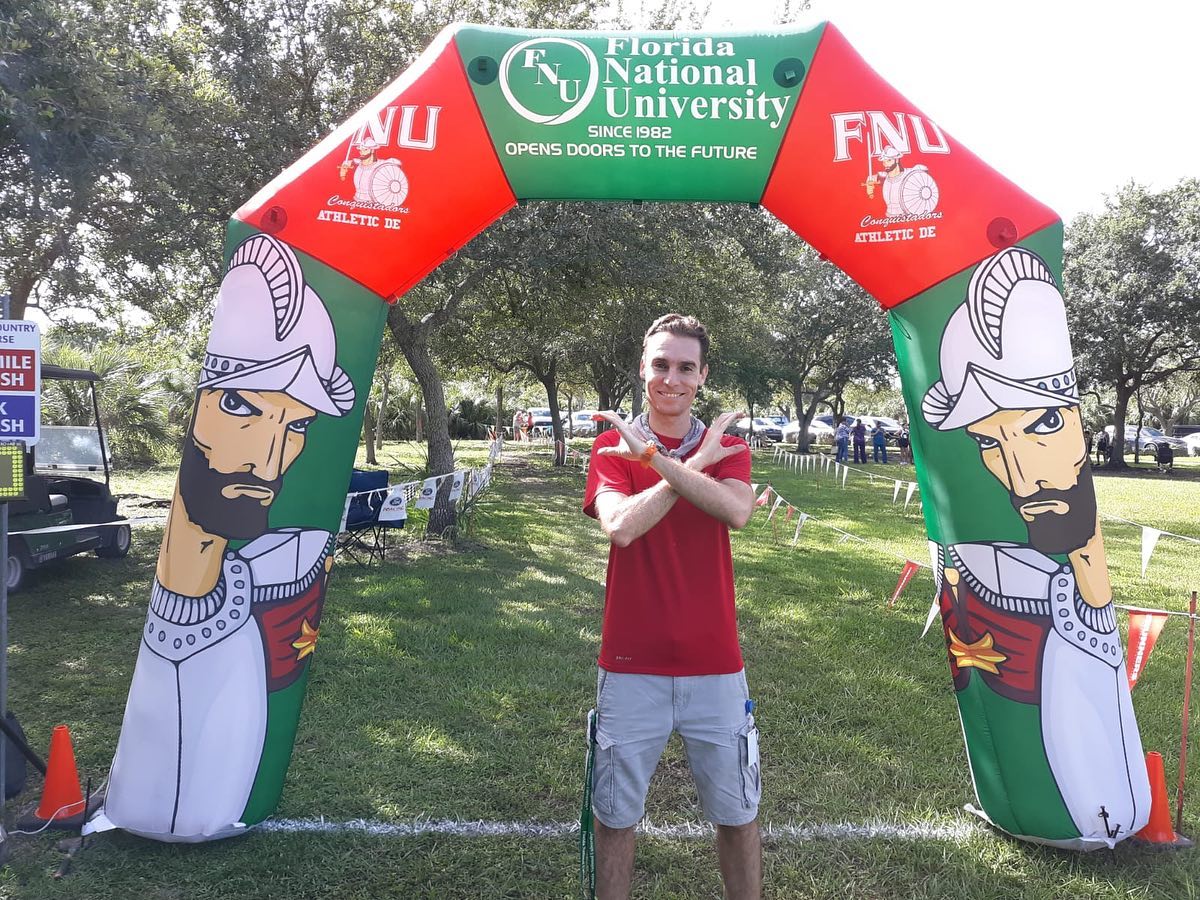 Miami, FL – The inaugural cross country season for FNU has been highlighted with much community outreach as the Conquistador Nation is starting to make its mark on the running world. For the third time this cross country season, Florida National University hosted a cross country competition for the local schools. While the previous two meets, the Conquistador Kickoff and the FNU Invitational, were high school only competitions, the Larry Wooten Cross Country Invitational, would contain both a middle school and high school division. After registration was complete, over 70 schools and 1,500 athletes were signed up to compete, making this the largest cross country race of the season in Miami. The meet’s namesake, Coach Larry Wooten, has been a pillar in the South Florida running community since the 1970’s and FNU Head Coach Ryan Raposo was proud to host this meet in his honor. 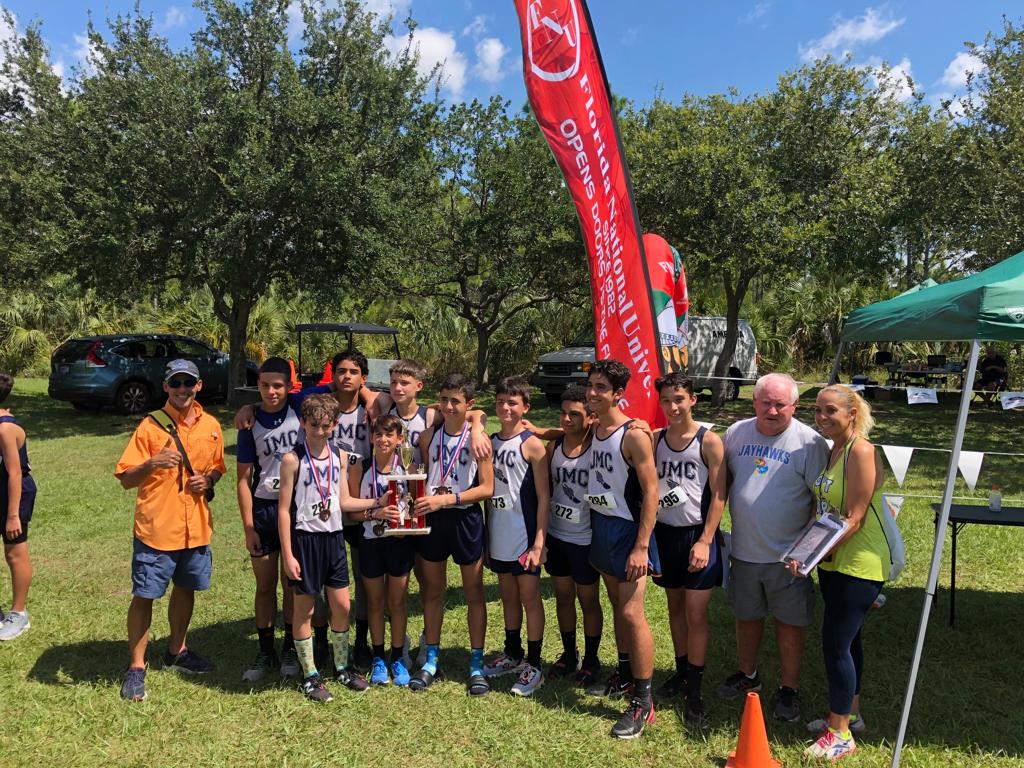 In the middle school junior varsity division, team victories were brought home by the girls from G.W. Carver Middle School and the boys of Southwood Middle School. Moving into the varsity division, the middle school girls individual champion was Anyiah Lee who ran the 2.1 mile course in a time of 13:52.22, and the boys individual champion was Joseph Socarras from G.W. Carver who ran 12:35.17 for the 2.1 mile course. The middle school varsity team champions were Conchita Espinosa Academy for the girls and Jorge Mas Canosa Middle School for the boys, who beat out the second place teams by 27 and 35 points respectively.

Moving into the high school division, there was a modified scoring put in place for the junior varsity team championships, removing varsity athletes who were helping pace their younger teammates. In the end the girls from Our Lady of Lourdes Academy and the boys from Felix Varela High School took home the JV team victories. In the varsity divisions, the girl’s individual champion was junior Francesca Suarez from Carrollton school who finished the 5k in a time of 20:27.15 as she led her team to a major 55 point victory. On the boy’s side, senior Robert Pedroza of Key West High School took home the individual trophy as he ran a time of 16:57.66 for the 5k. The boys team championship race came down to a 3 point differential as Douglas High School (Parkland, FL) beat out TERRA Environmental 96 to 99.

FNU Cross Country Head Coach Ryan Raposo said: “Hosting all of the cross country meets for the local community and schools has been a major success this season. Florida National University is really beginning to make it’s mark in the Miami and South Florida running community and we’ll only continue to grow in the years to come. We look forward to continue hosting events in the future and showing FNU’s dedication to our youth.”

Complete results you can find HERE: