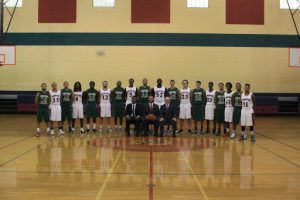 Headlined by Division 1 powerhouse UNLV and Watford College who made a NCAA tournament appearance last year.

Last season, the Conquistadors finished their inaugural season with a 10-18 (.345) record. The team’s top players included Quantavis Hall averaging 19.6 points per game; Yves Goedschalk led the team in rebounds by averaging 10 rebounds per game; and, Bruce Moorman shot an astounding 46.1 percent from behind the arc.

This season the team aims to improve its performance by adding new players to its already impressive roster of players from local high schools and transfers from around the nation. Since Florida National University is the City of Hialeah’s first and only university, the Conquistadors have been dubbed as being “big, loud and Hialeah proud.” However, the team embodies the South Florida spirit of diversity by recruiting players not just in the South Florida area but from as far away as New York and California. The team has also recruited players from the Bahamas and Suriname.

The 2014 – 2015 season is turning out to be a very challenging season for the newly formed team as they will be playing NCAA Division I teams such as the University of Nevada Las Vegas Rebels (10 – 8), Jacksonville University Dolphins (10 – 8) and the Watford College Terriers who made it to the NCAA tournament last year(11 – 5).

In addition, the team will be host to the Dr. Jose Regueiro FNU Conquistadors Classic and the Hialeah Invitational.

To learn more about the team, please click Go Conquistadors.

If you wish to schedule an interview with coaches or players, please contact Jose Alonso at 305-821-333 extension 1180 or  jalonso@fnu.edu

Visit the Florida National University website by clicking on Opens Doors to the Future.